The State Fair: thrilling rides, games of skill, blue ribbon livestock, intriging sideshows, and fried food. Not necessarily in that order. It's all at this year's Florida State Fair in Tampa, running through February 15th.
I'm not one for rusty, old, portable thrill rides, giant, or bootleg, stuffed Bart Simpsons, or prized, hand-raised pigs. I am, however, pretty much totally into the freaks, and I especially love the fried food. 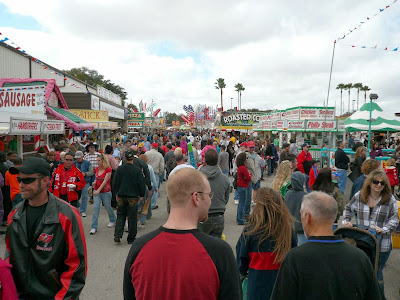 There was no shortage of fried food this year. As you walk along the midway, you're overwhelmed by the smell of funnel cakes, con dogs, cotton candy, and grilled sausages. Look this way or that, and ornate signs atop the traveling menagerie of food trailers scream fried obscenities: "Hot Sausage Dogs," Giant Elephant Ears," "Hog on a Log," "Chicken on a Stick," "Deep Fried Pepsi," "Deep Fried Cookie Dough," etc.
Tempting, but this year's standout food items were the Deep Fried Butter and Krispy Kreme Hamburgers. No joke.
First up, Deep Fried Butter: 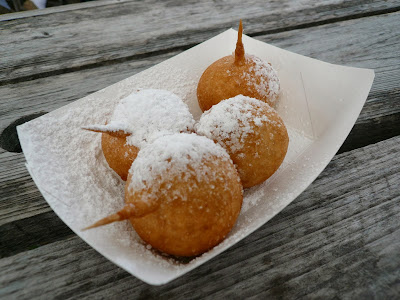 Sure, it sounds like cause for cardiac arrest, but fried butter is rather divine. Pats of cinnamon butter are speared with a toothpick, dipped in funnel cake batter, and deep fried. They're served with a generous sprinkling of powdered sugar. 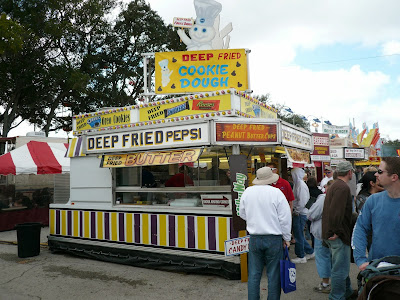 A bite through the butter balls reveals liquefied cinnamon butter in the center, oozing out and melting into the funnel cake batter. They taste like cinnamon bun flavored funnel cake balls. That's not a bad thing. Don't miss them.
With a heart attack old news, let's go for a stroke. Krispy Kreme Burgers: 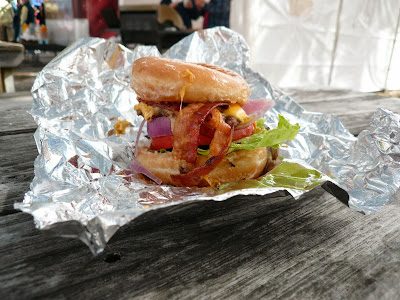 Okay, so if a Bacon Cheeseburger isn't bad enough for you, try replacing the bun with 2 Krispy Kreme Glazed Doughnuts. Yep. No kidding. Who the hell thought of this? 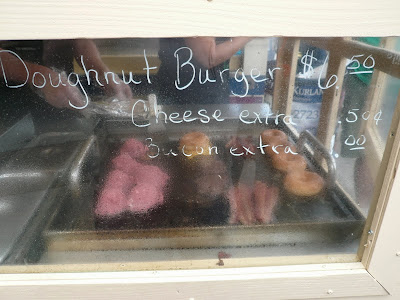 Well, I'm glad they did because the combination of sweet, savory, and salty somehow works. It's very messy, very sticky, and very hard to eat but is quite delicious. The doughnut begins to melt as you eat the burger, thouroghy glazing all 10 fingers, but licking your fingers as qawkers stare in disbelieve is satisfying enough to make the hot mess and sugar spike worthwhile.

I think Paula Deen invented the burger/donuts combination, and I heard her say there's a once per lifetime limit.

how does one deep fry pepsi?

Almost certain you'll be able to get fried butter (and fried almost anything else, for that matter) at the upcomming Central Florida Fair in Orlando.

Awesome. I had fried butter at the Texas State Fair, strangely enough. I will admit, it was DIVINE!

COPYCAT!!!!! New England BIG E has had the donut burger for a few years now.. 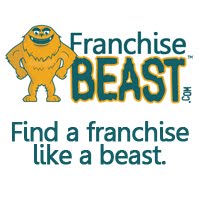 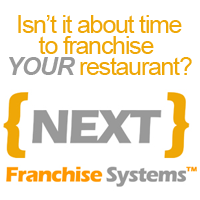